Ranked list of stocks sorted from best to worst based on the signals produced by the underlying model. Rankings are the primary source of security selection for the portfolio. 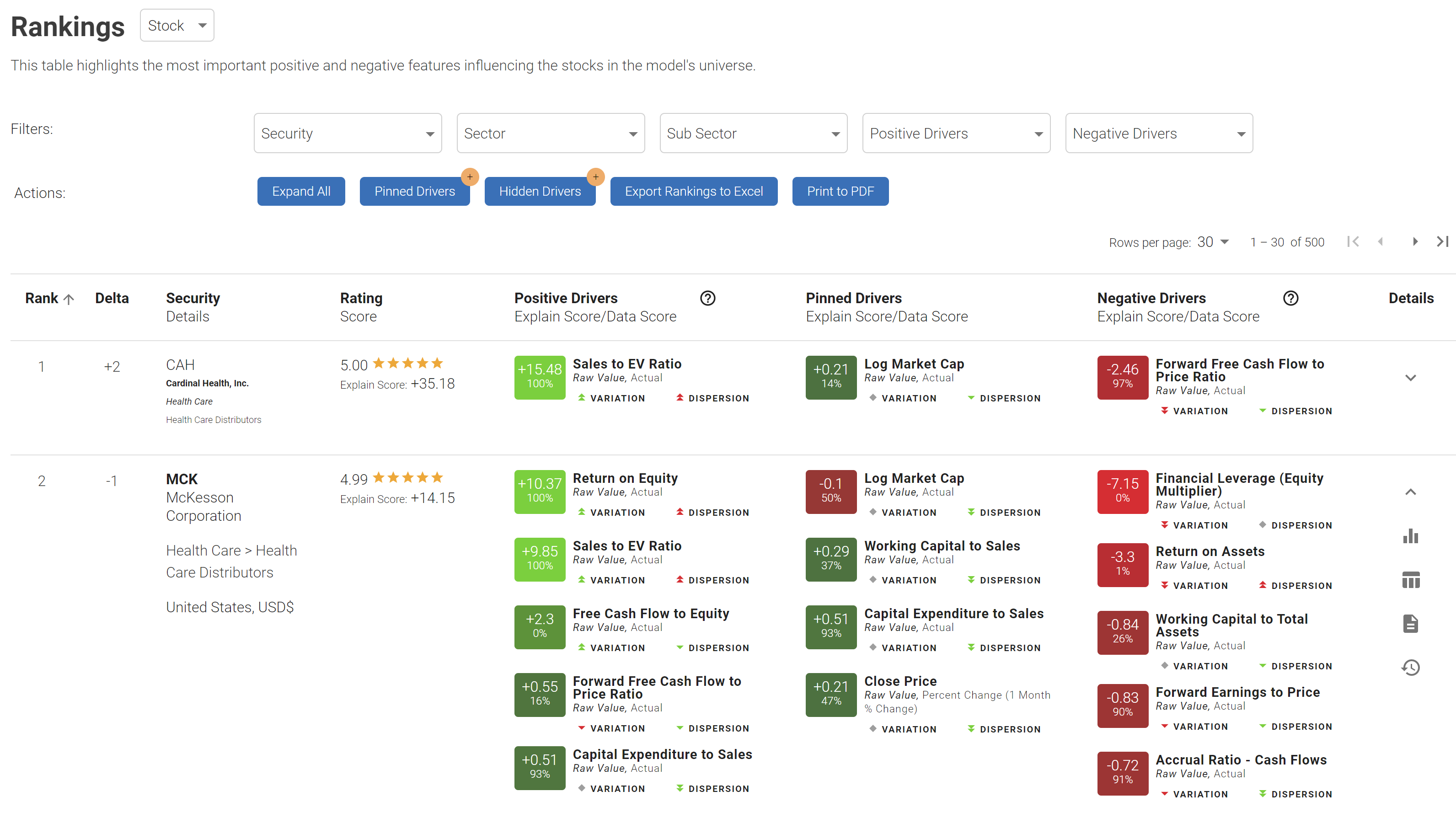 Occasionally the V2 rankings might not be pre-generated for your model. If that is the case you will see the "Generate Rankings v2" button. Once started the process will take 6-12 hours after which the updated Rankings screen will be available.

Here is an example of how a user can interpret the rankings.

Using MNST, the sample model ranked it a top pick, with +3 change (Delta) in Rank  since the previous rebalance. The stock has a 5 star rating and a total Explain Score of +22.31 - this score is the sum of all the individual drivers' explain scores - positive and negative, not just the five shown on screen.

The Explain Score is a linear interpretation of how important the machine thought each driver was for the stock. The individual Explain Scores in most cases will vary from -3 to +3, as a Z-score would (as Z-scores are representative of standard deviations, and few things are more than -3 or +3 standard deviations from the norm), but there is no technical min / max.

Presented below are the Positive & Negative drivers for MNST: 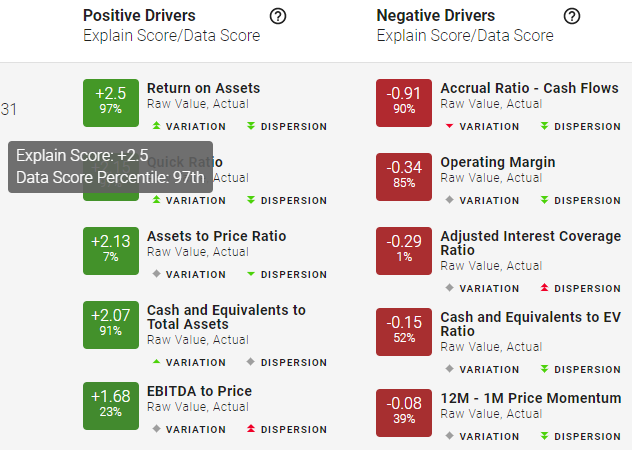 By clicking on the driver itself, you can bring up the screen that will show all securities the selected driver affects. The screen has a variety of filter and sorting options to make research and navigation easier. 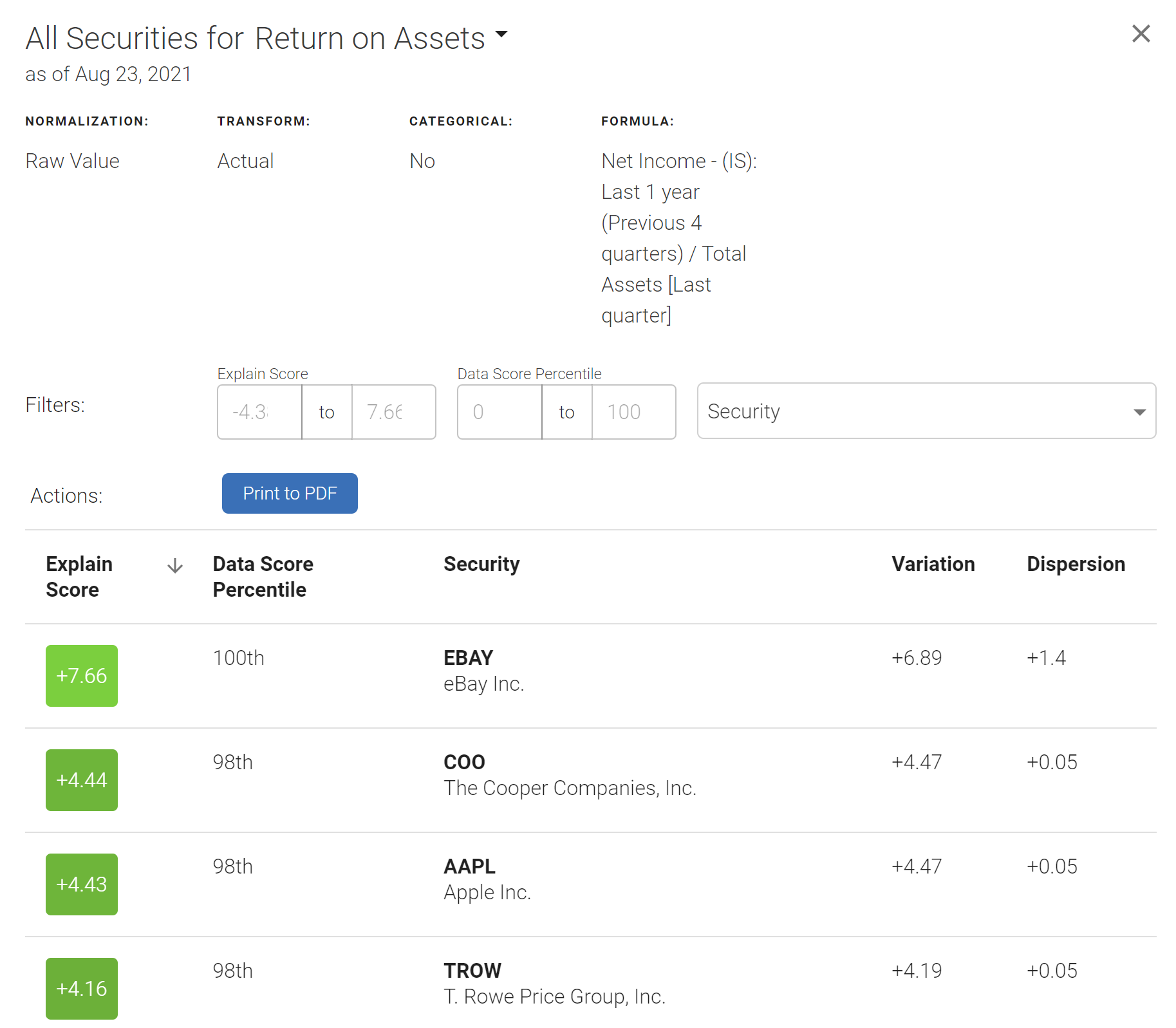 In addition to the Top 5 drivers view, we provide a complete list of all drivers for each stock - as shown in the example below. You can scroll through and filter all the drivers relevant to each stock. The entire list can be exported to PDF for printing.

Using an example of AMD vs. INTC below, we are able to directly compare securities across the top 5 positive and negative drivers as shown below. 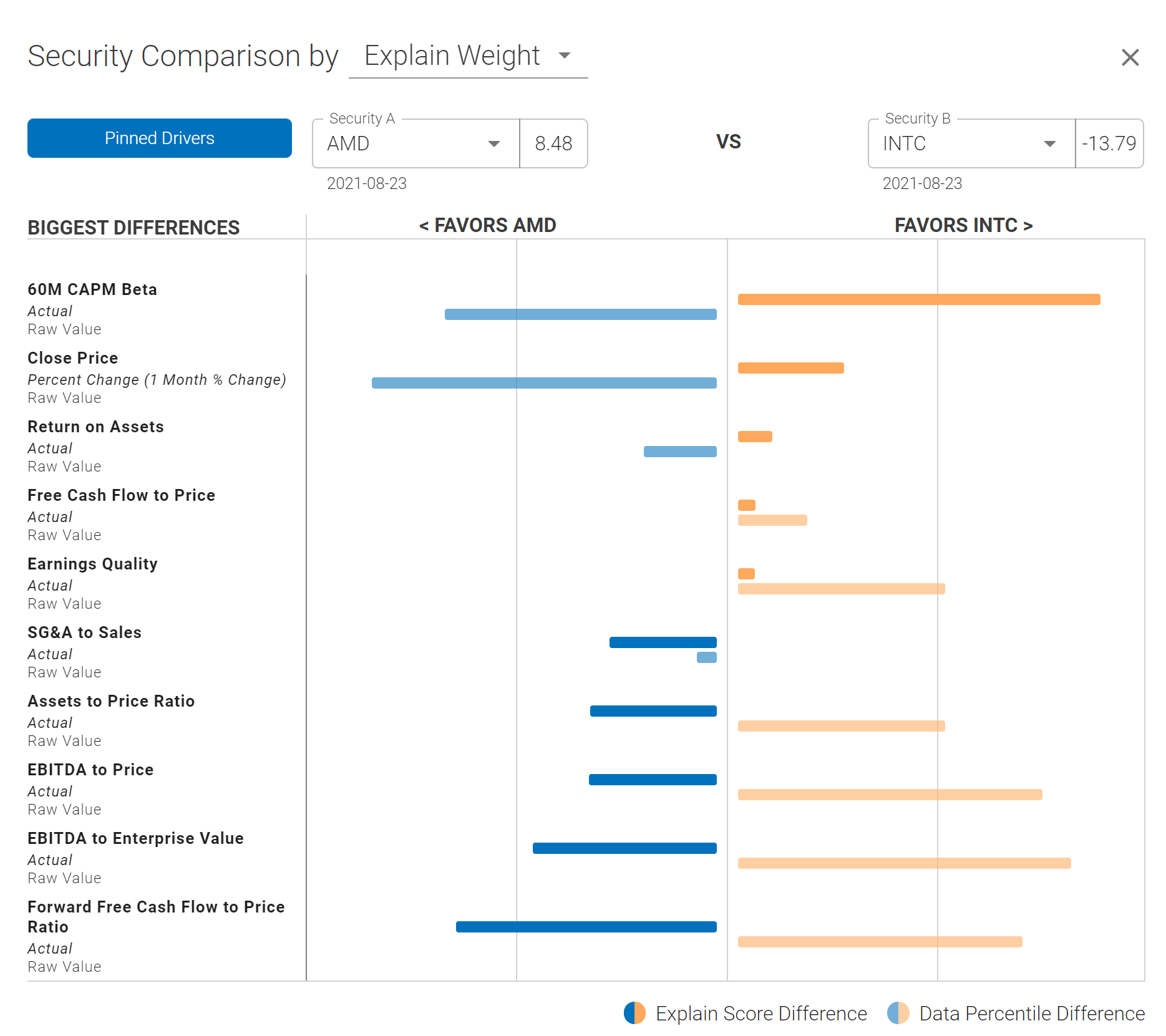 
In the same fashion as described above you can also compare single name securities or baskets of stocks to each other or to sectors and sub-sectors.

Summary of trades for each security is available under the details menu as well. 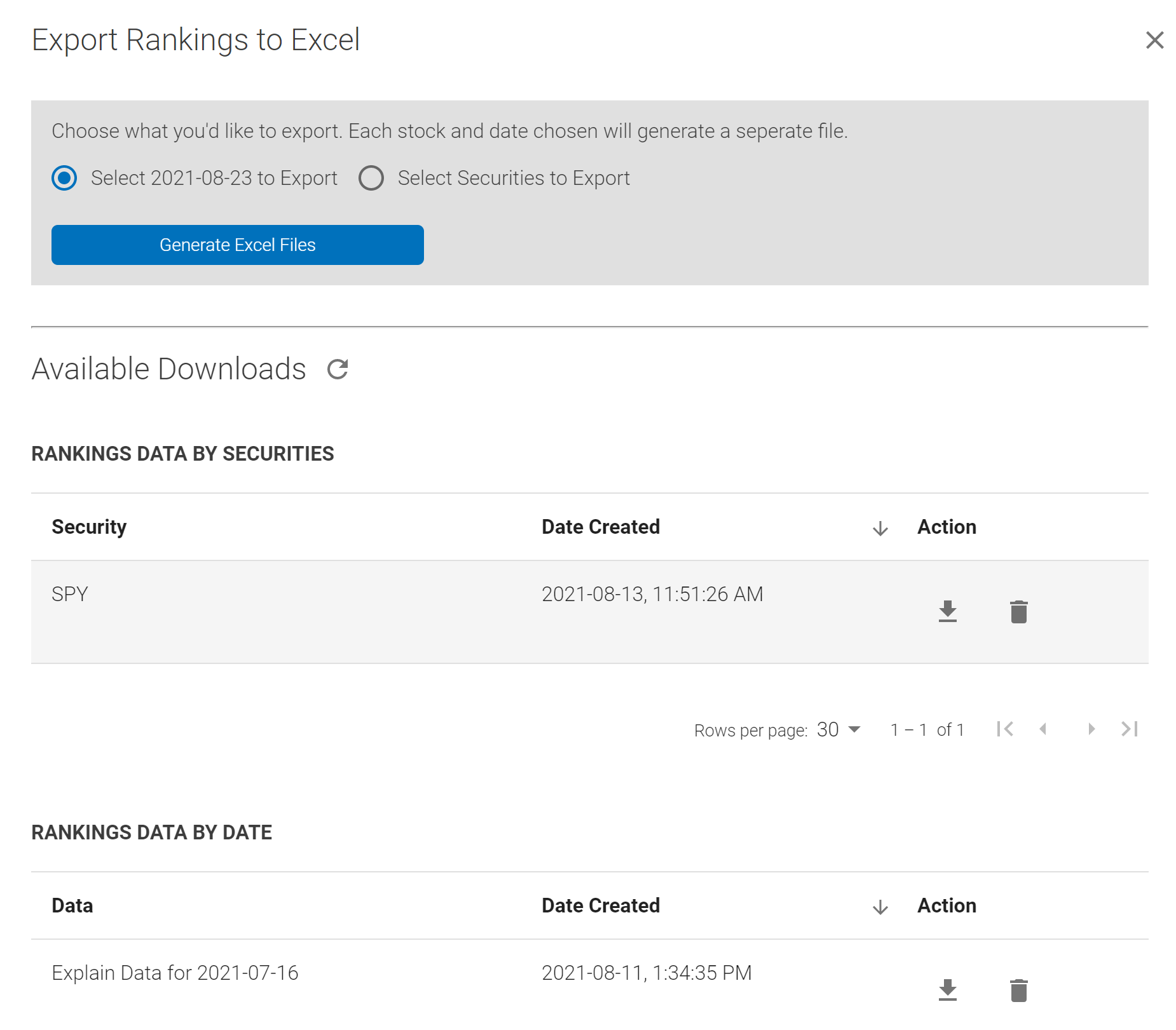